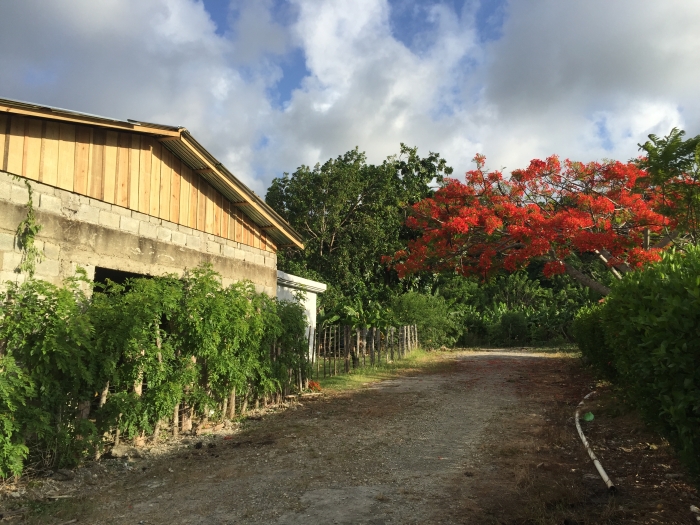 This week I got to work with a smaller sized group that came to the Dominican to build a roof for a chapel. Typically we get to build the whole chapel (or in last weeks case- a house) but since we had less people, building a roof was a better option.

Coming into this week I was like “cool we get to build a roof.” Pretty neutral about it. As the week went on, my attitude got a little more negative. I just felt like building a roof was not nearly accomplishing as much as building a whole chapel. The group worked incredibly hard and quickly, and we often didn’t have enough work for the amount of people we had.  There was more sitting around then usual. Because my job as an intern is to equip the short timers, oftentimes I had to sit back and let them do the work.

As we headed to the chapel site at 4 in the morning to build our roof, I was riding in the bus thinking about how much cooler it is to build a chapel. I was thinking solely about the practicality and necessity of a chapel versus a roof.

When we finished putting the roof up on the chapel we circled up with our group, the pastor, his family, and other church members. We all came and worshipped together in that chapel with the  roof we had just constructed. We sang songs that could be sung in both Spanish and English. I was standing between our group and the Dominicans, and I could clearly hear both Spanish and English words being sung to our Creator. The presence of the Lord was so prevalent in that chapel. To hear people from such different cultures worshiping together is one of the most beautiful things I’ve ever witnessed. There’s just something awe-inspiring about hearing people worship in two different languages. It just reminded me how powerful our God is, that he connects even those from different countries and backgrounds.

What I realized when building that roof was that it may have taken less work than a chapel, but it still blesses the body of Christ and that’s what matters. Sometimes God’s will is not glorious and all encompassing. Sometimes he needs us to do the little things. Not that this was a little thing- we built so many stinkin’ roof panels [so many I even dreamed about constructing roof panels].

We don’t get the credit for building the whole chapel, but focusing on that made me lose site of what was truly important. God has already been glorified in that building. Constructing the roof was so incredibly worth it and I wouldn’t change a thing about the week. What an opportunity to witness the first worship songs sung in the completed chapel. Maybe we didn’t get to put up the whole chapel, but we got to build a dang roof for a place that’s purpose is solely to glorify God! What an honor to get to take part in that.